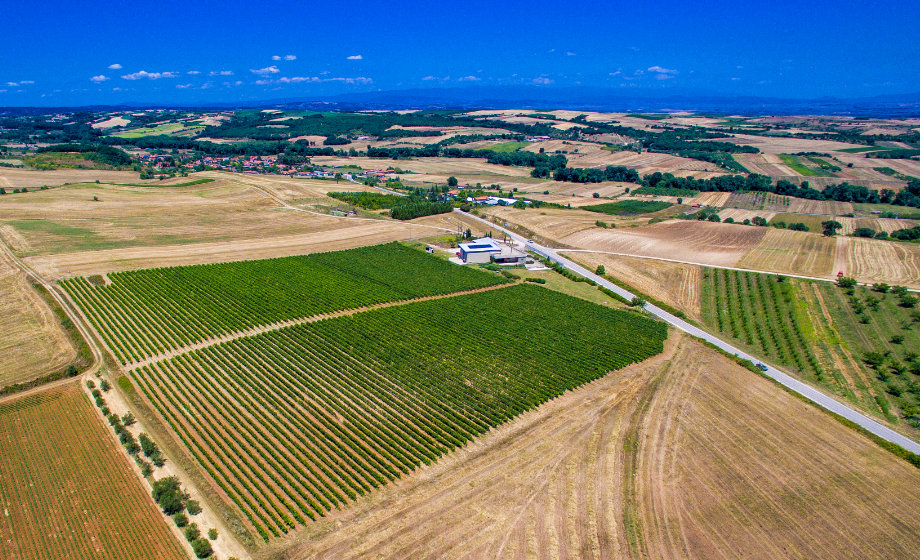 The Chatzivaritis Estate is located in the Goumenissa appellation of Central Macedonia. The first 5 hectares of vineyard were established by Vangelis Chatzivaritis in the Bindabla area in 1994, and from there expansion was undertaken gradually in Filyria. Today the vineyard consists of 18 organically tended hectares, focused on several Greek varieties — Xinomavro, Negoska, Roditis and Assyrtiko — while also cultivating smaller areas of Sauvignon Blanc, Merlot, Chardonnay, and Cabernet Sauvignon. Local storytellers would have it said that the indigenous Greek varieties of Xinomavro and Negoska (from which the PDO Goumenissa is produced) were used to create the preferred wine of King Philip of Macedonia, father of Alexander the Great. To this Vangelis Chatzivaritis says: "Our story is far less grandiose. But it is a story made out of long summer Mediterranean-style family gatherings, endless late night discussions intoxicated by the love for winemaking and a wine that speaks for itself."
In 2017, the daughter of Vangelis and Olga – Chloe – decided to return to Greece after studying oenology in France and Portugal and having worked in wineries around the world. When she returned, she brought with her her passion and experience for low intervention wines and immediately started making a new range of wines without interventions and experimenting with new wine making techniques, such as petnat (pétillant naturel) and carbonic maceration. Chloe is now one of the leading young winemakers in Greece.